Hostess is no more. Well, maybe. Last week, the baked goods confectionery officially requested the right to liquidate its assets. After having previously filed for bankruptcy — in both 2004 and 2009 — the continued stress from financial instability, union troubles, and fear of processed foods may finally cause the 82-year old company to go belly up.

Despite a grim balance sheet, asset liquidation is on hold until Hostess engages in court-mandated talks with its second largest union. If the talks fail, it likely means the end of Hostess. Thankfully, though, the demise of the company does not mean the extinction of its baked goods. In the liquidation process, some of Hostess’ most popular products — including Twinkies, Wonder Bread, Ding Dongs, and Sno Balls — will be auctioned off to a variety of competitors.

Acquiring a distressed company — or even the distressed assets of a company — can be a risky investment. Although proper leadership and business restructuring can revitalize the holding and offer significant returns, a few poor estimates, and your invested capital vanishes. Just ask Ripplewood, the private equity firm who invested $150M in Hostess over the last 5 years.

Using Twinkies as an example, here are a few questions to consider when determining if a distressed company is within your reach:

What is the Vitality of the Company and/or Brand?

If a company still commands customer loyalty and general recognition, it can be a great asset. At first glance, it appears that Twinkie is still a strong brand — with little marketing efforts in the past few years, the public still scurried to pick up every last Twinkie on the shelves after the news of Hostess’ closure.

However, there is an important distinction between sentimentality and sustainability. Charles Passy said it best — “No one, it seemed, had eaten a Twinkie (or Sno Ball) in years. Their affection for the brand was largely an exercise in nostalgia. The Twinkie took them back to their childhood.”

Even if Twinkie’s value is currently rooted in nostalgia, though, there is a chance that the product could be repositioned and revitalized. Take, for example, Polaroid. In 2009, the bankrupt company was acquired by Hilco and the Gordon Brothers Group. The business strategy was shifted away from the previously used distribution model to a new “license/royalty” model. The new approach realized quick success with 25 international licenses and a new affiliation with Lady Gaga.

Such a shift may not be feasible for Twinkies. Since the brand is associated with the specific yellow log of sponge cake and cream — and not the broader spectrum of Hostess products — it will be hard to employ a new strategy. Could Twinkies be reimagined to accommodate the recent emphasis on nutrition and natural ingredients? Maybe with organic cream, whole wheat cake dough, and natural yellow food-dye? Something tells me customers won’t be fooled.

Are Current Circumstances Devaluing the Company and/or Brand?

Another key factor in identifying the feasibility of a distressed investment is estimating the worth of a product independent of its current circumstances. Currently, Twinkie is generating nearly $70 million in revenue and is tied to a variety of depreciating factors, including union contracts, massive debt, and fluctuating commodity prices. If the Twinkie brand is stripped away from its parent, Hostess, many of these limiting circumstances may be eliminated.

One of the largest circumstantial expenses is the union contracts. Hostess’ largest unions — International Brotherhood of Teamsters and the Bakery, Confectionery, Tobacco Workers and Grain Millers’ International Union — are supposedly too onerous for Hostess. When you learn that the unions require a series of inefficient business practices, including separate delivery of sweets and bread, it becomes evident that pensions are not the only cost to Hostess’ profits.

If the Twinkie brand were to transition to a new owner, the union contracts would likely not exist in the new Twinkie model. If an acquirer is able to reduce some of the largest items impacting the bottom line, Twinkies might be able to realize an increased value. Additionally, the introduction of a new owner offers the ability to substantially reduce the $1B deficit limiting Hostess’ maneuverability and ingenuity.

However, not every devaluing factor is removable. The challenges of hedging commodities or the recent push for natural ingredients are problems that any Twinkie owner will face. For these more permanent issues, the importance is not in removing the problem, but simply finding the right acquirer to mitigate the consequences. An existing food company might be more capable of hedging or have more efficient supply chains, potentially reducing major operating costs.

Am I the Right Buyer?

Like any opportunity, some buyers are more appropriate for certain brands than others. The more fitting the buyer, the higher the benefits, and the higher the prospective value.

Selling to a financial buyer would be a difficult move for Hostess. Few financials have the desire to acquire the entire Hostess brand and rolling up just one product would be inefficient. In a recent article, Andrew Rosen of Kainos Capital explained, “The capital-intensive nature of the baking business, combined with excess capacity in the industry, rising commodity prices and a cost structure at Hostess that is riddled with problems make the company a tough sell for private equity.”

To make matters even more difficult, Hostess is already owned by a generalist private equity firm — Ripplewood Holdings. Their inability to revitalize the business should act as a cautionary tale to any other generalist PE firm.

However, specialized PE firms might have a greater chance to realize success with one of Hostess’ products. If any private equity firms were to get involved, it has been speculated that KPS Capital Partners, Sun Capital Partners, Invus, and Lion Capital will be leading contenders. As a matter of fact, Sun Capital has already announced an interest in acquiring Hostess. The related portfolios — and experiences — could make the purchase by a specialized firm more plausible and profitable.

Still, the acquisition of Twinkies probably makes the most sense for strategics. With existing bakeries and distribution centers, the effort needed to resume Twinkie production is significantly cheaper. As of now, some of the likeliest acquirers are Grupo Bimbo, McKee Foods, Flower Foods, and Weston Foods.

Six Things Your Investors Are Thinking About Your Company 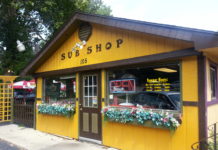