You can already pay for a ticket to space, buy a beer, or pay your college fees with it, but companies are now looking to bitcoin to fund mergers and acquisitions.

Using bitcoin to buy companies is still a very rare occurrence at the moment: so far only a handful of firms are engaging in the process. But analysts and industry-watchers claim the rapid rise in interest in the cryptocurrency could see more companies adopt bitcoin for M&A deals.

Blockchain, a bitcoin wallet that holds accounts for users of the virtual currency, bought Zeroblock, a real-time bitcoin market data, and news app, for an undisclosed sum using the cryptocurrency in December last year. This followed the sale of bitcoin gambling site SatoshiDice to an unnamed buyer for $11.5m in the virtual currency in July 2013.

“There is so much at stake in this space, there is a land grab on right now,” Nic Cary, CEO of Blockchain. “Everyone is trying to make their place and the entire economy is going to get more aggressive making these deals. This space is heating up and we are not slowing down.”

Space looks set to heat up further. Carey said that his company is going to announce “the largest ever bitcoin acquisition” in the “next several weeks”.

All this fervor comes in spite of a rash of recent negative press for bitcoin — from the mystery surrounding the identity of the creator of the virtual currency to Mt.Gox, once the world’s largest bitcoin exchange, filing for bankruptcy protection.

Respected economist Nouriel Roubini also launched a scathing attack on the cryptocurrency, declaring it a “Ponzi scheme” and a “lousy” store of value. The currency has been known to be susceptible to violent crashes and swings in price.

This uncertainty has led to experts warning that Bitcoin is highly unlikely to play a major role in the future of M&A deals.

Jackson added that the M&A process using bitcoin could also be complicated between companies that use the virtual currency and those that don’t.

Because of the way it was set up, there is also a distinct lack of formal regulation surrounding the cryptocurrency. U.S. Federal Reserve chair Janet Yellen suggested the central bank could not regulate it, but that Congress should examine the regulatory structure of the virtual currency.

“I’m not sure Bitcoin really is changing the face of M&A at the moment,” Richard Smith, a partner at law firm Mayer Brown, told CNBC in a phone interview.

“If we ended up selling something with bitcoin, we would have a problem converting it into cash. That side is not under control yet,” Jackson said.

“There is too much uncertainty about the regulation of bitcoin. You have governments around the world talking about how they will regulate bitcoin. Until there is some sort of certainty around what bitcoin is and how it is going to be treated, it’s hard to say that there is a bunch of deals going to be done in bitcoin.”

Despite this, Bitcoin companies and enthusiasts are adamant that the digital currency is here to stay in the M&A space and the recent deals are just blazing a trail that other, more established, companies will follow.

“Digital currencies cannot be uninvented. It is moving at full speed ahead and there is a lot of innovation happening in bitcoin,” Cary said.

If you want to succeed, alway seek to fail 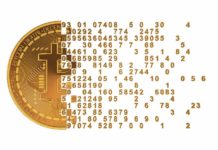 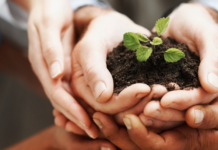 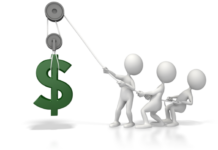 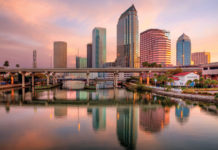